Wrestling with Pain: One Man’s Fight with a Compressed Spinal Nerve

Bob Barson, 53, experienced bouts of back pain on-and-off for almost 10 years, but he always brushed them off as minor inconveniences. That is, until one summer morning when he went to get his favorite mug, and it slipped right out of his tingling, numb hand. Right then, he knew it was time to schedule another appointment with Steven E. Weber, D.O., a spine specialist at Orlando Orthopaedic Center.

Dr. Weber had been treating Barson’s pain conservatively for years, but those measures were no longer providing adequate relief. After completing the exam and MRI, the results confirmed what Dr. Weber suspected: bone spurs causing nerve compression.

In Barson’s case, these small, pointed bone outgrowths developed symptoms resulting in numbness, tenderness, and weakness in his right arm.

The duo discussed the pros and cons of having surgery, and they decided together it needed to be done. For Barson, he wanted immediate relief, and that meant removing the spurs from the C5-6 region of his cervical spine. 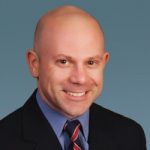 The procedure called upon to treat his discomfort by Dr. Weber was an anterior cervical discectomy and fusion (ACDF). The goal of the procedure is to decompress the nerves in the cervical spine and stabilize the corresponding vertebrae.

“What happens is the center of the disc between two vertebrae is pushed out of place or compressed by these bone spurs, causing it to bulge out through the surrounding wall and press on the nerve root adjacent to it,” says Dr. Weber. “The nerve root becomes inflamed and will result in serious pain and numbness in some cases.”

To complete the ACDF procedure, Dr. Weber explains that he must remove the inflamed disc material pressing on the nerve as well as the bone spurs. The bone channel through which the spinal nerve runs is then enlarged to give more room for the nerve to exit the canal.

The procedure is done using minimally invasive techniques and patients are typically only in the hospital overnight.  They can begin physical therapy about a week after surgery.

“I knew that was the approach I wanted to take after talking it over with Dr. Weber and doing my research online,” says Barson, a former Oviedo High School wrestling coach. “I had complete trust in Dr. Weber and his ability to do the procedure right because he is so experienced.”

No stranger to surgery with Orlando Orthopaedic Center, Barson says all he remembers feeling before his procedure with Dr. Weber was anticipation for the expected pain relief. As a wrestling coach, he sent many of his athletes to the practice to be treated on a regular basis. As a parent, he sent his daughter to Orlando Orthopaedic Center to see Daniel L. Wiernik, D.P.M., when she broke a bone in her foot. And, as a patient himself, he has been seen for a few issues along the way, including a knee replacement by Randy S. Schwartzberg, M.D.

“I was looking forward to getting this done because I knew what surgery results could produce thanks to a previous knee procedure I had with Dr. Schwartzberg,” says Barson. That procedure, he says “turned out perfect,” so he was more than ready to see what life was like following the ACDF surgery. 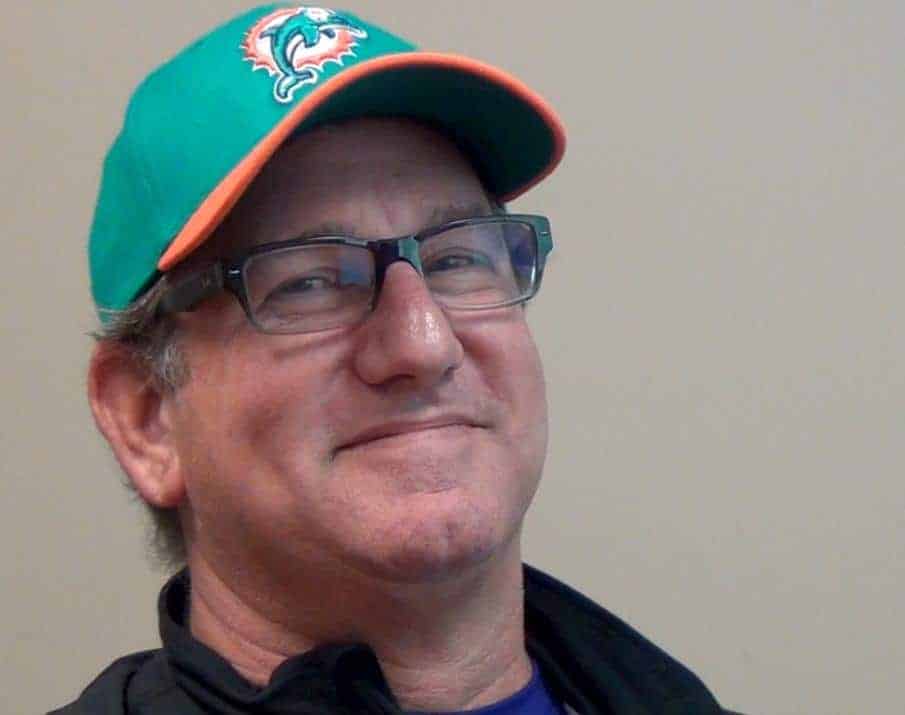 Oviedo resident Bob Barson, 53, underwent anterior cervical discectomy and fusion surgery with Dr. Weber. Just 12 weeks later he is moving about without pain and says he feels he can do anything.

Still, on the day of surgery, Barson recalls how many positives he heard about Dr. Weber. “I heard from the staff about how he conducts his business and prepares for surgeries, and it was great knowing that,” he says.

After meeting with the doctor briefly, the next thing Barson remembers is waking up and immediately being able to use his right arm and hand again.

“It was an incredible feeling, and it confirmed that I made the right decision to see Dr. Weber and come to this practice,” says Barson. “It’s been great ever since.”

After surgery and a successful stint with the Oviedo branch’s physical therapy unit, Barson, now 12 weeks out from surgery, couldn’t be happier with the results.

“The athletic trainers that helped me were very instrumental in pushing me and getting me to where I’m at today,” he says. “Right now I’m at a level where most people probably aren’t, but I feel that I got there rather quickly from them understanding who I was, what I was about and me showing up consistently. I feel like I can pretty much do anything.”

Barson had nothing but kind words for Dr. Weber, the athletic trainers and office staff that helped him get to a point where he is so confident in his ability to move freely again without pain.

“The providers here are excellent,” he says. “My overall experience here has been phenomenal, and I have a lot of gratitude for every person that had a hand in helping me get back to my lifestyle so quickly. It’s just incredible.”