Does Diet and Exercise Work to Reduce Pain?

According to a recent study by the National Institutes of Health’s National Center for Complementary and Integrative Health (NCCIH), more than one in 10 adults in America have chronic pain.

Daniel M. Frohwein, M.D., a board-certified anesthesiologist and pain medicine physician who specializes in interventional pain medicine, diagnostic/therapeutic spinal injections, and conservative spine care at Orlando Orthopaedic Center says one of the most common things patients ask is, “Does diet and exercise work to reduce pain?”

According to Dr. Frohwein, eating properly and exercising regularly will benefit almost anyone, but they shouldn’t be considered as replacements for therapies that have a proven track record of helping people relieve pain.

“I generally tell patients that a healthy diet and a proper amount of exercise will foster improvement of your general medical health,” he says.

The NCCIH study also reported more than 33% of U.S. adults use complementary health methods in their quest to be pain-free including diet, supplements and low impact exercises such as yoga, tai chi and meditation. 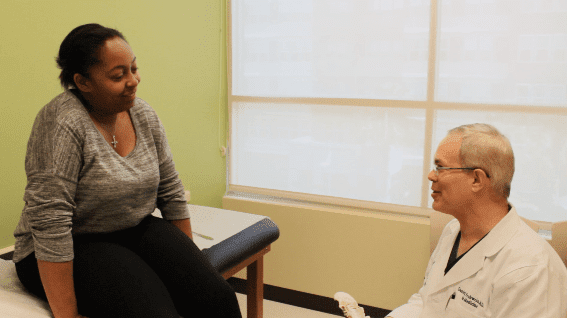 Dr. Frohwein with a patient.

A substantial number of medical sources do point to diet and exercise as effective complements to pain relief therapy. Other medical authorities claim that individuals who exercise regularly and maintain their flexibility deal with their pain much more effectively than those who do not. And some studies have indicated that an unhealthy diet can actually aggravate chronic pain.

As we age the role of regular physical activity becomes even more important in the prevention of chronic pain.  Estimates of chronic pain in the medicare population in the United States may range from 60% to as high as 75% of the population, because the prevalence of chronic pain increases with every decade until the seventh decade of life, then plateaus or may decline slightly. Recently the Journal of Pain published an article which showed in 2012 the costs of treating pain from all musculoskeletal conditions exceeded the cost of the treatment of all of the nation’s priority health conditions (heart and blood vessel disease, cancer, diabetes and others) combined.

In a prospective cohort study of twins, it was found increasing physical activity demonstrated a “protective effect” against the development of low back pain, one of the most frequent chronic pain syndromes in older adults.  Another longitudinal study followed runners for 14 years and found that they had markedly reduced pain levels compared to controls, though fractures were more prevalent amongst runners than non-runners. The take-home point is that there is strong evidence that regular, moderate-intensity physical activity has a significant preventative effect at developing chronic pain in older adults.

How Can I Treat Pain in a Variety of Ways? 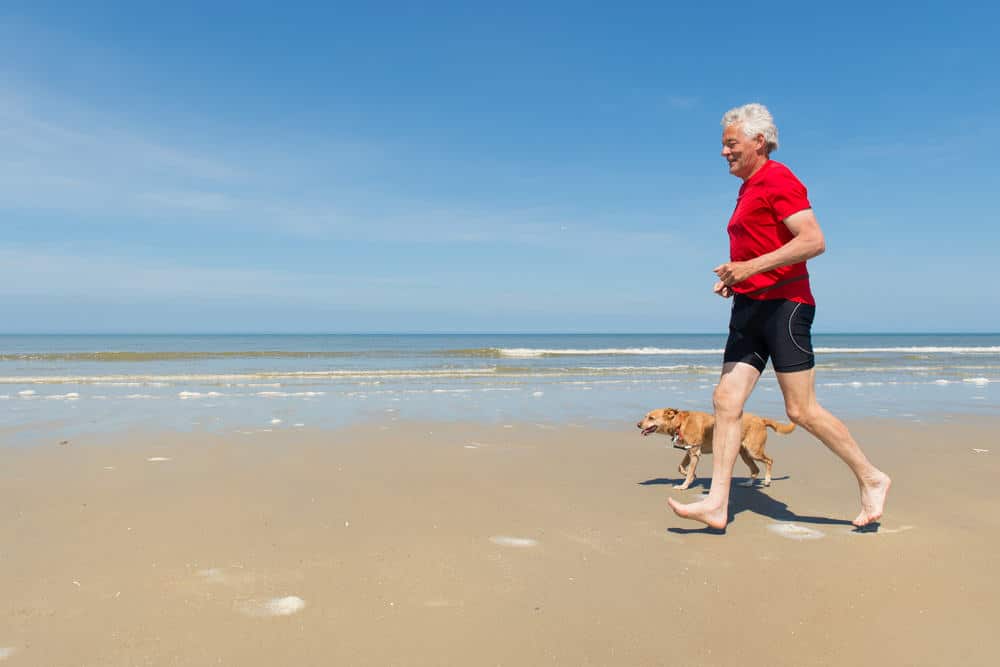 When pain inhibits people from doing the things they love, or from accomplishing the routine activities of daily life, doctors typically recommend a multidisciplinary approach to properly and effectively manage pain. To this end, the pain management doctors at Orlando Orthopaedic Center employ a variety of therapeutic methods including:

Dr. Frohwein believes there is no “one size fits all” solution for pain. Every individual is unique and brings with them their own particular medical history and personal experience that are pivotal to finding the best pain-relief approach.