When Steve Oliva, M.D., a dermatologist in Winter Haven, FL, tore his pectoralis major tendon during a skiing outing in February 2016, he immediately turned to the expertise of Randy S. Schwartzberg, M.D., a board-certified orthopaedic surgeon specializing in sports medicine, knee, elbow and shoulder surgery at Orlando Orthopaedic Center.

“I had a skiing injury, tore my (pectoralis major) tendon pretty much right out of my arm,” says Dr. Oliva. “I saw Dr. Schwartzberg for the repair, and he was able to fix it for me pretty much immediately, get me back on my feet, and get me back to work within a couple of days.”

What Is the Pectoralis Major?

The pectoralis major is one of the most powerful muscles of the upper body. Located in the chest, it is responsible for inner arm rotation, for moving the arm close to the body, and contributes to forward and backward arm motion.

The pectoralis major muscle is located on the upper front part of the chest. It originates from the breastbone and the collar bone, and attaches onto the humerus bone of the upper arm, right near the biceps tendon.

How Does a Pectoralis Major Injury Occur? 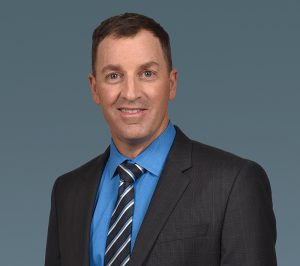 The pectoralis major tendon is most commonly injured during an eccentric contraction – when the external force on the muscle is greater than the force that the muscle can generate – and when the arm is extended and externally (outwardly) rotated.

“Rupture of the pectoralis major tendon is rather rare and occurs most often during weight training. The bench press is the usual culprit,” says Dr. Schwartzberg. “However, other sporting activities can cause a pectoralis tendon rupture including skiing, wrestling, football, and skydiving. The injury can be very problematic for an athlete or someone with a very active lifestyle, if treatment doesn’t restore the strength and range of motion of the arm. Luckily for Dr. Oliva, we were able to repair the pectoralis major successfully and get him back to doing what he enjoys most.”

What Are the Results of Pectoralis Major Tendon Repair Surgery?

Studies have shown patients who undergo surgery to repair the pectoralis major tendon have significantly less pain, and show a greater return to pre-injury strength and activities than patients treated with conservative or non-surgical methods.

“I swim competitively, have been my entire life,” says Dr. Oliva. “I was able to resume my sporting activities literally within weeks of having the procedure done, despite having been told that it might be several months before I could start.”

It should be noted that in order for surgery to be a valuable option for a pectoralis major injury, the tear must involve the tendon portion of the pectoralis major and not the muscular portion.

How is a Pectoralis Major Tendon Repair Performed?

Surgical repair for the pectoralis major is ideally done as soon as possible after injury, to reduce the incidence of tendon retraction, scar tissue, and degeneration of the muscle. 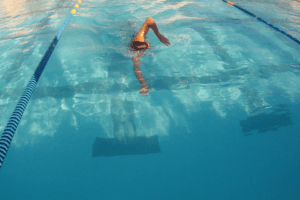 “Typically, a surgeon will make an incision between the pectoralis major and the deltoid muscles in the shoulder. The tendon is typically torn from its insertion into the humerus bone. So, the tendon is reattached to the humerus bone in its anatomic position with suture anchors. Suture anchors are small implants that are placed into the bone after making small holes in the bone to accommodate them.They have sutures attached to them that are run through the tendon securely. The sutures are tied to firmly reattach the tendon to the bone,” says Dr. Schwartzberg.

“Occasionally, a tendon transplant is needed to complete the repair. The likelihood of this increases when the tendon rupture has been present for a long time prior to surgery and tendon is retracted, scarred and possibly resorbed.”

Dr. Oliva says the surgery went better than expected and left him with very few limitations, even immediately following surgery: “I had a few limitations on what I could do for a couple of days, but most of the work that I do during my normal job involves my arm being further down below, and I was able to resume doing that.”

What Is Recovery Like Following Pectoralis Major Tendon Repair Surgery?

Following surgery, the arm is immobilized in a sling for three to six weeks. During this time, it is common to educate patients on easy and controlled shoulder range of motion exercises to minimize the chances of the development of a stiff shoulder.

Physical therapy plays a crucial role in re-establishing full strength and function of the arm. A fine balancing act is needed between restricting arm motion to allow the tissues to heal and allowing enough mobility to recover full range of motion in the shoulder. 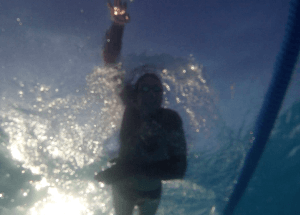 Dr. Oliva says he was able to return to work just a few days after his pectoralis major tendon repair surgery with Dr. Schwartzberg.

Athletic patients are typically able to return to competitive activities after six months.

“I didn’t have much discomfort after the surgery,” says Dr. Oliva. “By the very next day, it was a non-issue. And within a few days, I was able to do a lot of different things. In fact, my surgery was on Wednesday, and I was able to resume work on Monday, really in five days time.”

After a successful pectoralis major repair surgery, Dr. Oliva says he is grateful to Dr. Schwartzberg and his entire staff for their exceptional work, and the complete recovery of his arm.

“If you think you have an orthopaedic problem, I would highly recommend his office,” says Dr. Oliva. “I think he’s very knowledgeable in what he does; he doesn’t strike me as somebody who’s going to offer invasive procedures if they’re not needed. Conservative care is sometimes a good idea, but if you need surgery, I couldn’t recommend a better guy to do it.”