Michael Connelly says he was unable to bend down to put on his shoes, and simple pleasures like working in the backyard were becoming increasingly difficult to perform. When the chronic discomfort became too much to handle, he turned to Orlando Orthopaedic Center for help.

With the help and guidance of Dr. Bonenberger, Michael decided to undergo an anterior approach total hip replacement at the Orlando Orthopaedic Outpatient Surgery Center, part of Orlando Orthopaedic Center’s downtown campus. Though he is still recovering, he says he feels much better and is well on his way to a full recovery and return to the things he loves.

What is an Outpatient Anterior Approach Total Hip Replacement? 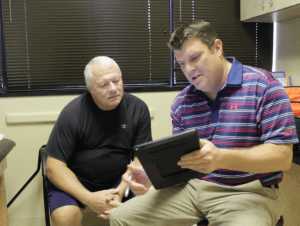 Hip replacement surgery, also known as hip arthroplasty, replaces an ailing hip joint with an artificial one. The hip joint is made up of the head of the thigh bone (femur) which fits into a cavity in the pelvis, called the acetabulum. The bones are held together by protective tissue, tendons, ligaments and muscles. Fluid within the joint allows the bones to glide smoothly over one another.

As a result of the anterior approach total hip replacement procedure, and the muscles spared as the hip is replaced, many patients are eligible to have the surgery performed in an outpatient setting, meaning they can return home later the same day as the surgery. 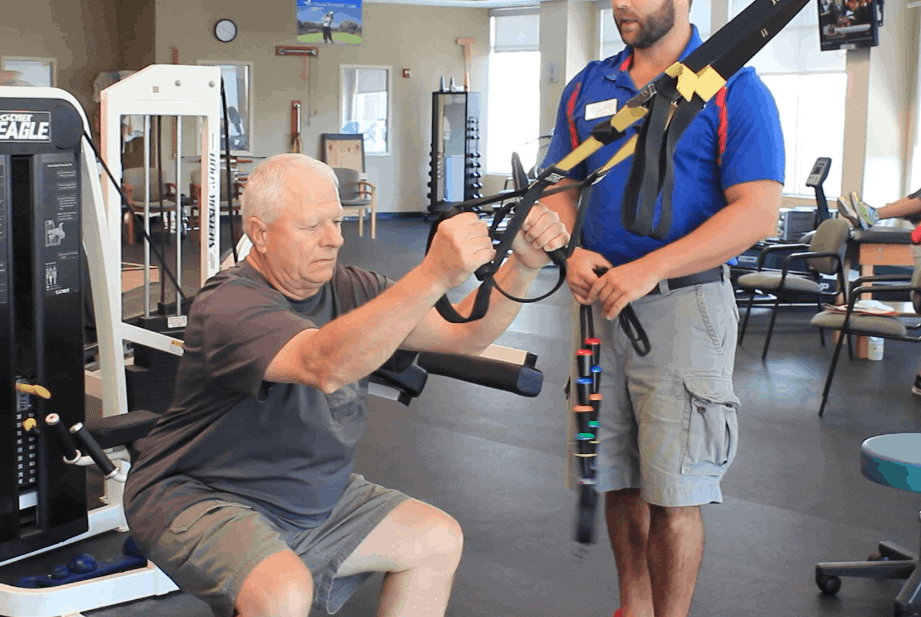 The anterior approach procedure spares many muscles and tendons around the hip from being cut, so it helps to foster a more rapid recovery, with less pain, and increased early mobility following surgery. In addition, there is no risk of the patient sitting on the incision site.

Other benefits of an outpatient anterior approach total hip replacement include:

“We’re seven weeks out; I’ve been in therapy for at least four of those weeks now and it’s coming along,” says Michael. “There are things that I wasn’t able to do before the surgery that I’m able to do now, especially being able to bend down and comfortably put on my shoes and socks.”

Grateful for regaining a large chunk of his independence and enjoying the little things again, Michael looks forward to his continued progress on the path to full recovery.

“I haven’t been deterred from doing anything I want to do,” he says. “I enjoy going to Orlando Orthopaedic Center. The therapy is improving issues I’m having with the muscles in that area,” he says. “Overall it’s improving and therapy has been good.”