Lucky Lowe was a world-class water skier in his day. The winner of multiple world championships, and a 2009 inductee into the American Water Ski Educational Foundation Hall of Fame & Museum, Lowe spent almost every day of his life on the water until a degrading hip injury forced him to quit the sport he loved. Age, combined with his consistent skiing, had taken a toll on his joints, and it soon became clear he needed a hip replacement.

“The injury made it to where I had to almost stop skiing entirely, and it made me feel like I wasn’t going to do much of anything for the rest of my life,” he recalls.

That’s when he decided to see a specialist about his hip. Lowe worried that a conventional hip replacement surgery meant a long, painful recovery. However, when he met with Travis B. Van Dyke, M.D., he was told about the direct anterior approach hip replacement procedure and the benefits patients typically see with this type of surgery.

What Are the Benefits of Anterior Approach Hip Replacement?

According to Dr. Van Dyke, one of the biggest advantages of the direct anterior approach for patients is a faster recovery time. With this method, the incision is also smaller than with the posterior approach, which results in less pain and a smaller scar. 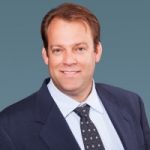 “By going through the front of the hip joint, we’re able to reach the hip socket without cutting through any major muscle groups,” says Dr. Van Dyke. “I hear the positives from patients constantly. We’re also seeing more data that shows patients recover quicker, don’t use a cane or walker as long and return to a normal gait more rapidly when compared to the posterior approach.”

Anterior hip replacements were first done in the United States in the 1970’s and have gradually gained popularity since then.

What is the Recovery Process of Anterior Approach Hip Replacement?

As far as recovery is concerned, proponents of the procedure say patients don’t need to limit their movements as much as they would with the traditional hip replacement approach.

“The direct anterior approach is considered a muscle sparing technique, so I tell patients they can do whatever they feel comfortable with, and the only restrictions they have is what their body tells them,” says Dr. Van Dyke. “You can cross your legs, you can bend over – really, you can do all the things that patients with a posterior approach have to be extremely careful about for some time because they can still dislocate the new hip.”

In surgery, Dr. Van Dyke is also able to use fluoroscopy, a real-time X-ray technique that allows him to position the new hip more precisely. The benefit?

“By placing the hip with increased accuracy, we believe that the hip may actually last longer for patients,” he says. 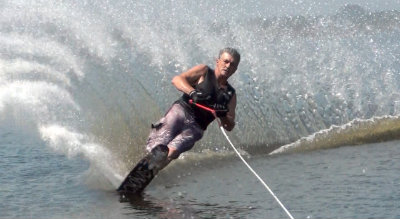 World champion water skier Lucky Lowe is able to pursue his passion once more without pain thanks to a recent direct anterior approach hip replacement surgery at Orlando Orthopaedic Center.

In addition, conventional posterior hip replacement techniques have a dislocation rate of about 1-3 percent, whereas data suggests that the rate of dislocation for the direct anterior approach technique may be as low as .3 percent.

“Before surgery, it got to where there was no quality of life,” says Lowe as he remembers his day-to-day activities before visiting Dr. Van Dyke.

“Today, I feel so lucky to have had my hip done. I can jump in and out of the boat again; and if I want to take a ski ride, it’s not going to be hard.”

In fact, Lowe says he feels like he never even had surgery on most days.

“I’m confident one of the best things I’ve ever done in my life is decide to have my hip fixed,” he says with a smile.