The Race Against Arthritis: One Man’s Total Hip Replacement Experience

Douglas Hagopian has always had a need for speed, so it’s only natural he was drawn to racing dirt bikes, racecars and anything else with a motor. If you’ve ever seen a motocross event, you know it can take a toll on a racer’s body – even on their best day.

Over the years, after his fair share of motocross events, Hagopian developed advanced arthritis in his hips. Not only did he feel the symptoms of arthritis (joint stiffness, pain, swelling and tenderness), he also had difficulty walking. One day, while struggling to keep up with his friends during a round of golf, he decided it was time to seek help. 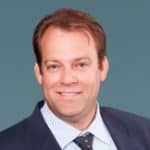 That’s when he reached out to Orlando Orthopaedic Center’s Travis B. Van Dyke, M.D., a board certified orthopaedic surgeon specializing in sports medicine and joint replacement of shoulder, knee and hip. When Dr. Van Dyke and Hagopian met, they discussed his condition and evaluated his treatment options. When nonsurgical treatment, such as pain management and physical therapy, stopped working, the duo began to discuss the possibility of surgery. Together, they decided anterior hip replacements in both hips were Hagopian’s best option to get back to the lifestyle he wanted.

“In hindsight, I should have had this surgery ten years ago,” he says. “I wish I would have known having this surgery was going to be this easy and only take a short period of time.”

What is an Anterior Total Hip Replacement?

During total hip replacement, the damaged bone and cartilage are removed, cleaned and replaced with a durable prosthetic. The anterior surgical approach uses a minimally invasive incision on the front (anterior) of the hip. In this approach, the surgeon is able to move the muscles aside rather than cutting through them. By not cutting through muscles and tissues, there is less damage and trauma allowing for a quicker recovery time.

What is the Recovery Process of an Anterior Total Hip Replacement?

In most cases, patients get back to their usual activities within several weeks. After surgery, the patient will typically walk later that day and spend one night recovering in the hospital.

“For several weeks following surgery, the patient will undergo physical therapy to improve strength and range of motion,” says Dr. Van Dyke. “As they continue the healing process, they’ll be required to use a cane or walker as they move closer and closer to returning to normal function.”

Typically, patients are able to return to work within a few weeks and are fully healed within eight to 12 weeks.

“When I went in for hip replacement surgery on my left hip, Dr. Van Dyke said to me I’d be walking without a walker in two weeks and in four weeks I’d be playing golf. I found that hard to believe,” says Hagopian with a smile. “At three weeks I was playing golf.”

What are the Results of an Anterior Total Hip Replacement?

After surgery and recovery, most patients should experience little to no hip pain.

Fo Hagopian, he says his hip pain was completely gone – and faster than he ever thought possible.

“There’s no other word to describe it. It was just gone,” he says. “I was amazed. I joke it was as if David Copperfield, the magician, operated on me because it’s nothing short of magic.”

Hagopian encourages anyone considering the surgery to go through it sooner rather than later.