How Can a Xiaflex Injection Relieve Hand Pain?

For Ronald, a severe hand condition known as Dupuytren’s contracture caused his fingers to stay in a permanently bent position. The resulting deformity crippled his hand function and movement and wreaked havoc on his quality of life.

“The major benefits of the injections were really the simple things in my personal life,” says Ronald. “I had three fingers that were about 90 degrees down toward my palm. Putting on a pair of gloves with that condition was virtually impossible.”

What Is Dupuytren’s Contracture?

Dupuytren’s contracture is a hand deformity that degenerates over time and affects a layer of tissue (called fascia) that lies just underneath the skin of your palm. Knots of tissue form under the skin, eventually creating a thick rope-like cord that can pull one or more fingers into a bent position (contracture) and prevent you from moving or straightening your fingers. Although there is no cure for the disease, it does not pose any danger to the patient.

Those most at risk of developing Dupuytren’s include:

What Are the Benefits of a Xiaflex Injection for Dupuytren’s Contracture? 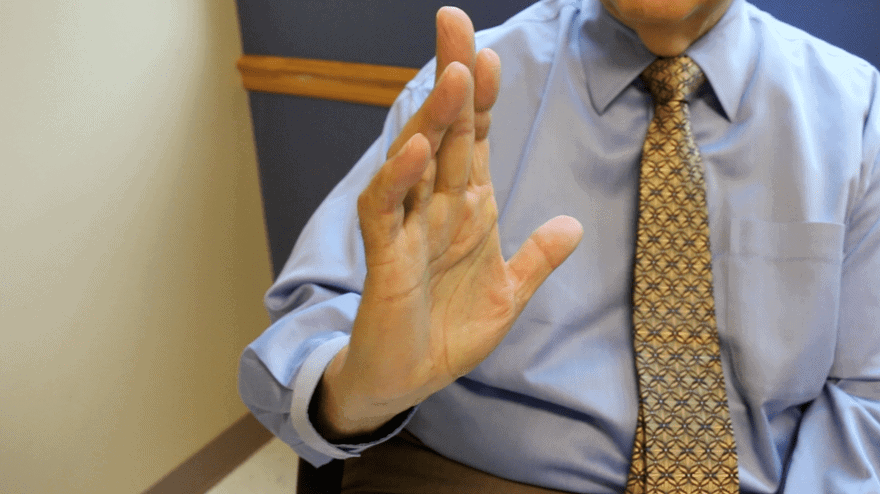 “To me, the biggest benefit is not having to go through the surgeries which were very invasive,” says Ronald. “It took me several weeks to recover from the incisions followed by thirty physical therapy sessions after each surgery. With Xiaflex, the recuperative process took only two weeks, and I was back to normal.”

XIAFLEX® (medically known as collagenase clostridium histolyticum) is a prescription medicine. The enzyme collagenase is injected into the cord-like bands in the hand which weakens the contracted tissue. Then under local anesthesia, the surgeon straightens out the tissue and gently breaks the contracted fibers apart. Xiaflex injections usually result in less pain and inflammation than conventional surgery.

How Successful Are Xiaflex Treatments?

Clinical research of Xiaflex injections to treat Dupuytren’s contracture has demonstrated that both patient and surgeon satisfaction is markedly high. For the right candidates, Xiaflex injections can restore hand function with a minimal number of treatment sessions and lessen the burden of surgery.

After his successful Xiaflex treatment, Ronald wholeheartedly recommends it to others. “If you’ve had previous surgeries, I’d ask Dr. Riggenbach about the option to have the Xiaflex injections,” he says. “To me, the advantages are just tremendous versus surgery.”